My exit from Vincente’s last night was unusual even by my standards. This was the first time that I had ever done a handstand on the way out of a restaurant. This was also the first time I’d had dinner with Bart Conner and his lovely wife, Nadia Comaneci. Why I felt the urge to share my extremely limited gymnastic ability with two Olympic champions I don’t quite remember. What I do remember is feeling a great sense of security knowing that if I fell, the only American in history to have won gold medals in every category was there to catch me.

This moment has been forever captured in a single photograph. Actually it was my second moment. I performed this feat again, for the camera, because my husband, stunned by the sudden execution of my ‘Perfect Ten’ had not reached for his Blackberry. This in itself is less common than my lack of dignity at the end of a night out.

Generally, if you can’t do something in high heels I’m not interested. And until now I had no idea that I had such a competitive streak. When we have dinner with musicians and actors, I don’t get the urge to break into song or do impersonations.

I like this photograph a great deal. Turns out my stomach looks a lot more toned when I’m upside down. Let’s face it, after a certain age it’s all about gravity and I mean that in a literal sense obviously, as ‘gravitas’ is a state of being which escapes me most of the time.

P.s Bart said that we can work on cartwheels next time.

Previous When in Rome
Next Uniformity 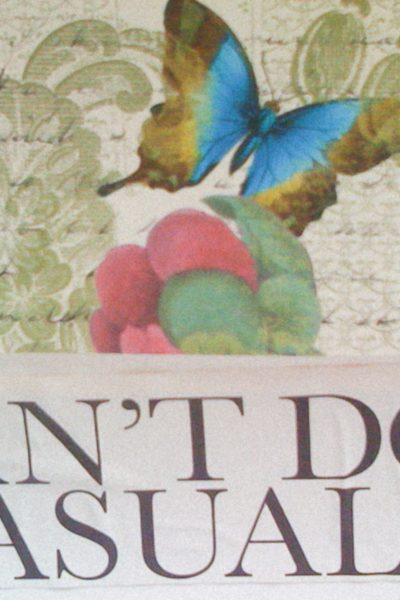 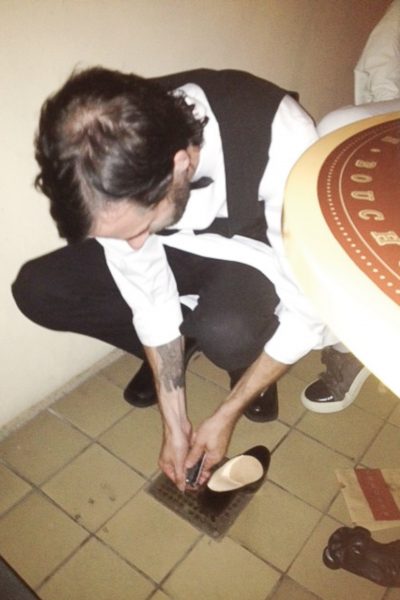 The Hazards of Dining Al Fresco 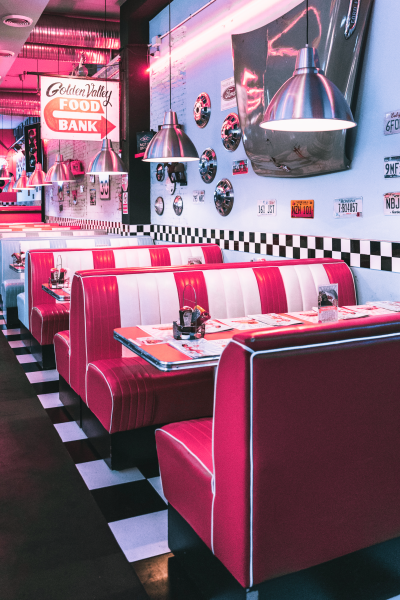 Dining Out in LA